De Natura has the intention to bring together three singular painters to show by different cultural approaches, the Dutch Evi Vingerling, the Italian Daniele Fabiani and the Chinese Chen Li, the relationship between art and nature and how vernacular traditions, social and cultural situations change the perception of nature in art and vice versa. Different artistic practices and new artistic inspirations bring the audience in a journey into an ancient context, as the one of Villa Vallero, through fresh artworks.

The notion of nature has always been bound to the human history: from the first dualism “savage” and “domestic” during the nomadic culture, crossing over the “Ager et Silva” of the Roman Empire up to the modern age, where this differentiation remains object of study.

The dichotomy Nature-Culture have been recently analysed by the French anthropologist Philippe Descola in his book Beyond Nature and Culture (The University of Chicago Press, 2013). According to him, the separation between nature and culture has no longer any reason to exist, neither as a fact nor as a conceptual model. Nature is the result of a socially authoritative word and of a concomitant series of actions (religious, political, economical) that treat it as a resource to be exploited until it is destroyed.

As for Evi Vingerling, who declares the importance of the silence that she finds in nature and she transposes it in her work, that peaceful aspect and that “silence” which arouses in her a vivid image. Silence embodies components of our humanity, in other words, the attention we can give to something only when we are really in silence. The perception of beauty emerges only from silence. Vingerling brings with her the serenity encountered in many places and she includes it in her paintings. Into the memory of the artist, “silence” is everywhere: in the memories of her father, in the walks on the streets or in the parks with her daughter under the rain. It means for the artist the freedom to find one’s true self in the stillness of natural space. The memory of silence may rise in the light that falls through the trees on the grass, or wherever there is a scintillating and transcendent ecstasy, almost at hand as much as to suggest a really modest artistic practice because it comes from the silent images that surround the artist. Actually, although the Vingerling’s paintings, in acrylic and tempera, show motifs and shapes that are enclosed in the visible reality that surrounds us, they possess the ability to connect to the visible through our emotions. This potent interaction between art and nature is captured by the artist who distils it in images through her memory. She distorts the idea of ​​reality by the use of abstract colours. Her brushstroke intensifies this abstract vision from which paintings come up that transcend from real and raise questions about the emotional perception of nature. The visual transformation and the transfiguration of our world allow the artist to transpose in her paintings something that has the power to surprise us emotionally.

The same cognitive contemplation of nature happens in the Chen Li’s art, although her artistic attitude is comparable to the botanist who studies the morphology and physiology of plant organisms. The artist, although possessing a systematic and classifying nature towards natural elements, does not claim in her paintings to dominate and control the floral element. Rather then, she tries to leave the liminal space at the painting therefore the colour can evolve spontaneously just like the vegetation that represents. Each figurative element is inspired by the real, to the natural forms that, as in the oriental tradition, have the purpose to reawake the observer’s feelings towards the harmony of nature. The Chen Li’s painting assumes an abstract, instinctive and casual character, scarcely adhering to the naturalistic representation to bring out that idyll that should exist between man and nature. In her attention towards details lies her intention of wanting to bring the vegetable world closer to the human being. Often the artist through the phytomorphic representation matches the man with nature intensifying this ambiguity and so transforming a strip of flesh into a petal, or vice versa, to highlight the similarities between the human and vegetable structure.

The creative process, which underlies this falling apart of the elements found in nature in visual balances, develops through a series of continuous acts of creation and destruction, of small progresses and great rethinks, always in search of a stratified and changeable painting. This slow and patient method is the only one that allows Chen Li to return the wonder of the unexpected.

Instead, the Daniele Fabiani’s interest in natural, organic, ecological and biodynamic leads him to assume an attitude more pragmatic and close to nature. Contemplation gives way to action on the ground looking for the link between what is geographical and human. The tie with his ancient Camuni’s valleys leads him to have a direct contact with all that is the wildest nature. The ancient populations that inhabited the Valcamonica found the equilibrium and harmony between man and nature. Nevertheless, this is gradually disappearing even in those valleys that have been harmoniously inhabited for centuries but nowadays must come to terms with modernity. This epochal clash in which the artist assists, making himself a witness to this environmental change, leads him to the search for new natural elements to be included in his art, whether it is pictorial or environmental. The search of own vernacular origins and of that time in which people lived in balance with nature are for Fabiani the matter of his study that feeds his artistic modus operandi.

He, therefore, tries to recover these natural and ancestral elements through the use of wooden planks and jute canvas with which he realises site-specific compositions. These found elements, easily discovered on field by the artist, thus become an integral part of the installation and they consolidate with the territory where the work is conceived and realised. A perfect fusion between the natural elements and the place of realisation. The anchoring to the ground or the suspension of these structures through ropes and cables allow a non-invasive interaction between the work, the environment and those who habitually live those spaces, redefining the symbolic meaning of that place. These elements of drafting or fixing are however to be considered not as simple technical tools but as real graphic compositions that extend the distinctive visual mark of the artist. Strength vectors that interact with his typical drawing lines. These graphic profiles, in fact, are fundamental in his artistic research made not only of ropes and strips but of drawings that investigate and research the forms of organic plant and animal beings, which wander on the surface of paper, canvas, wood or polyethylene. The extension of the design is also found in the search for three-dimensional structures, primary forms such as the cone, the cylinder, the rectangle that suggest small spaces of shelter and thought for those who take refuge inside. The artisanal practices of Daniele Fabiani are actually veritable Vitruvian architectural research where the natural element is an integral and fundamental part of each his artistic construct.

The exhibition is supported by 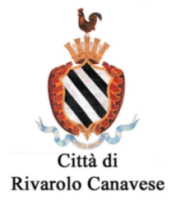